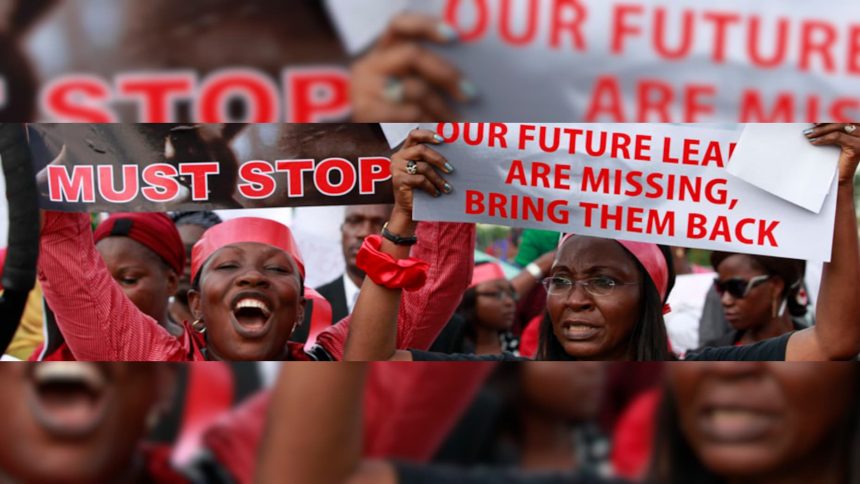 The recent kidnapping of hundreds of schoolgirls in Nigeria is a dramatic and potentially tragic example of the fanaticism of Boko Haram and other Islamic militants operating along the seam between Saharan and sub-Saharan Africa.

The Boko Haram terrorists have developed paramilitary capabilities, and their conduct of operations not just in Nigeria’s Muslim north, but throughout the country, is steadily increasing.

The current hostage-taking is the largest and most violent example of their growing strength, though, sadly, far from the first.  Since Nigeria is perhaps sub-Saharan Africa’s most important country, this is a matter of pressing interest for the United States. Nigeria’s population is approximately 174 million, almost two-thirds the size of the United States, and about one-fifth of Africa’s total.

In January 2013, terrorists in Algeria affiliated with Al Qaeda struck a natural gas production facility near the town of In Amenas, holding over 800 people hostage. The terrorists executed some 40 foreigners before Algerian authorities re-established control, killing nearly 30 terrorists as the rest escaped. Because the incident occurred at the time of President Obama’s second inauguration, American press coverage was minimal.

Shortly thereafter, in Mali, terrorists – many formerly employed by Muammar Qaddafi in Libya – nearly took over the entire country. Only repeated military interventions by France in its former colony prevented an Islamist victory. The situation in Mali remains far from secure even today.

And, of course, we still have not seen any retaliation against the growing terrorist threat in Libya to avenge the assassination of Ambassador Christopher Stevens and three other Americans on Sept. 11, 2012. For anyone who wants to know “what difference it makes” to find and punish the Benghazi murderers, the lengthening list of terrorist attacks across North Africa, embodied in the current Boko Haram hostage-taking in Nigeria, is a more than sufficient answer.

Simply put, the United States needs an effective counterterrorism strategy in North Africa, and we do not have one. Despite having created a separate African Command at the Pentagon, separating it from the European Command, inadequate attention has been given to the North African terrorist threat.

This lack of focus is not surprising, since the Obama administration itself has for five years insisted that the global war on terrorism was essentially over and won. Nothing could be further from reality.

The Nigerian government has not dealt effectively with Boko Haram, and other governments in the region also face severe constraints on their operational capabilities. Yet, the Nigeria’s failure has enormous political implications throughout northern Africa.

If Boko Haram’s reach and strength continue to grow, it is not impossible that Nigeria’s ethnically and religiously diverse population could face massive internal strife, and perhaps even split apart. The 1967 Biafra secession and subsequent civil war and humanitarian tragedy should remind us just how fragile Nigeria actually is.

If there is instability in Nigeria, and the Nigerian national government loses control over northern Nigeria because of it, it could become a haven for terrorist groups operating worldwide. And northern Africa is much closer to the West than the Al Qaeda and Taliban bases in the mountains of Afghanistan and Pakistan.

The Obama administration’s initial decision to offer assistance from the FBI, while laudable, nonetheless betrays its continuing — and very misguided — belief that global terrorism can be handled as a law-enforcement matter rather than the war it truly is. Much more is needed, and not just piecemeal assistance, even from America’s military and intelligence agencies.

Neither the Obama administration nor our country as a whole is paying adequate attention. The threat of Islamic terrorism on display now in northern Nigeria is global in scope and continues to grow, political rhetoric by the president notwithstanding. Boko Haram’s latest outrage should focus our attention on the continuing threat of All Qaeda and radical Islam. Whether we pay attention remains to be seen.